When my get-up-and-go has got up and went

My kinda people, my kinda place.

Hey Tony! I like the things you do! Hey Tony! If I could I would be you! You’re my one and only tiger, with my one and only taste! You know how to take a breakfast and make it mmm great! Frosted Flakes! They’re more than good, they’re great!

Mister Trouble never hangs around when he hears this Mighty sound: “Here I come to save the day!” That means that Mighty Mouse is on his way. Yes sir, when there is a wrong to right Mighty Mouse will join the fight. On the sea or on the land, he gets the situation well in hand! 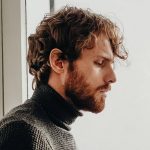 They arrived in fifty mother ships

Our friends the Sorceress, Man at Arms

Life on a ship (Illustration)

Boy the way Glen Miller played, songs that made the hit parade. Guys like us we…

Life on a ship (Illustration)

Below demos are just examples. More to come in the future and you can mix their features. If you see one feature in a demo, you can use it in any other demos. All demos are included in the download package and ready to import in 5 minutes.
Popular