Designers are meant to be loved, not to be understood 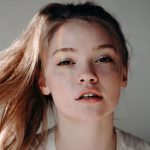