I am Adam, Prince of Eternia, Defender of the Secrets of Castle Greyskull. This is Kringer, my fearless friend. Fabulous, secret powers were revealed to me the day I held aloft my magic sword and said: “By the Power of Greyskull!” I have the power! Kringer became the mighty BattleCat and I became He-man, the most powerful man in the Universe! Only three others share this secret… Our friends the Sorceress, Man-at-Arms, and Orko. Together we defend Castle Greyskull from the evil forces of Skeletor. He-man!

Chosen from among all others by the Immortal Elders – Solomon, Hercules, Atlas, Zeus, Achilles, Mercury – Billy Batson and his mentor travel the highways and byways of the land on a never-ending mission: to right wrongs, to develop understanding, and to seek justice for all! In time of dire need, young Billy has been granted the power by the Immortals to summon awesome forces at the utterance of a single word – SHAZAM – a word which transforms him in a flash into the mightiest of mortal beings, Captain Marvel! 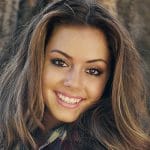 Yoga Can Heal Your Life

This is an awesome gallery

How tea is so good for your health