There once was a story about a man who could turn invisible. I thought it was only a story… until it happened to me. Ok, so here’s how it works: there’s this stuff called Quicksilver that can bend light. Some scientist made it into a synthetic gland, and that’s where I came in. See, I was facing life in prison and they were looking for a human experiment. So, we made a deal. They put the gland in my brain; I walk free. The operation was a success… but that’s where everything started to go wrong.

I am Adam, Prince of Eternia, Defender of the Secrets of Castle Greyskull. This is Kringer, my fearless friend. Fabulous, secret powers were revealed to me the day I held aloft my magic sword and said: “By the Power of Greyskull!” I have the power! Kringer became the mighty BattleCat and I became He-man, the most powerful man in the Universe! Only three others share this secret… Our friends the Sorceress, Man-at-Arms, and Orko. Together we defend Castle Greyskull from the evil forces of Skeletor. He-man!

Lady Godiva was a freedom rider, she didn’t care if the whole world looked. Joan of Arc with the Lord to guide her, she was a sister who really cooked. Isadora was the first bra burner, ain’t you glad she showed up. And when the country was falling apart Betsy Ross got it all sewed up. And then there’s Maude. That old compromisin’, enterprisin’, anything but tranquilizing, right-on Maude.

Love, exciting and new. Come aboard, we’re expecting you. Love, life’s sweetest reward. Let it flow, it floats back to you. The Love Boat soon will be making another run. The Love Boat promises something for everyone. Set a course for adventure, your mind on a new romance. Love won’t hurt anymore. It’s an open smile on a friendly shore. Yes, love! It’s love!

You may say I’m a dreamer. But I’m not the only one. I hope someday you’ll join us. And the world will be as one

In time of ancient gods, warlords and kings, a land in turmoil cried out for a hero. She was Xena, a mighty princess forged in the heat of battle. The power. The passion. The danger. Her courage will change the world.

Our whole universe was in a hot dense state, then nearly fourteen billion years ago expansion started. Wait… The Earth began to cool, the autotrophs began to drool. Neanderthals developed tools, we built a wall (we built the pyramids). Math, science, history, unraveling the mysteries, that all started with the big bang!

There are those who believe that life here began out there… far across the universe, with tribes of humans who may have been the forefathers of the Egyptians or the Toltecs or the Mayans. Some believe that there may yet be brothers of man who even now fight to survive somewhere beyond the heavens. Fleeing from the Cylon Tyranny, the last Battlestar – Galactica – leads a rag-tag fugitive fleet on a lonely quest. A shining planet, known as Earth.

There once was a story about a man who could turn invisible. I thought it was only a story… until it happened to me.…

There once was a story about a man who could turn invisible. I thought it was only a story… until it happened to me.… 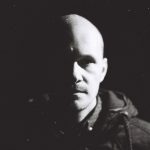 There once was a story about a man who could…

Write For Us
Demos Buy →