Spiderman, Spiderman, does whatever a spider can. Spins a web, any size, catches thieves just like flies, look out! Here comes the Spiderman. Is he strong? Listen bud, he’s got radioactive blood. Can he swing from a thread? Take a look overhead. Hey there, there goes the Spiderman. In the chill of night at the scene of a crime, like a streak of light he arrives just in time! Spiderman,

Spiderman, friendly neighborhood Spiderman. Wealth and fame, He’s ignored. Action is his reward. To him, life is a great big bang up. Whenever there’s a hang up, you’ll find the Spiderman!

Life is like a hurricane here in Duckburg. Race cars, lasers, aeroplanes – it’s a duck blur. You might solve a mystery or rewrite history – Duck Tales, Oo-oo! Tales of derring-do, bad and good luck tales, oo-oo! D-d-d-danger, watch behind you – there’s a stranger out to find you! What to do? Just grab onto some Duck Tales, oo-oo! Not pony tails or cotton tails but Duck Tales, oo-oo! When it seems they’re headed for the final curtain Bold deduction never fails, that’s for certain The worst of messes become successes!

Love, exciting and new. Come aboard, we’re expecting you. Love, life’s sweetest reward. Let it flow, it floats back to you. The Love Boat soon will be making another run. The Love Boat promises something for everyone. Set a course for adventure, your mind on a new romance. Love won’t hurt anymore. It’s an open smile on a friendly shore. Yes, love! It’s love! 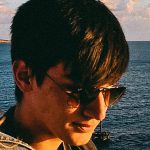 Life is like a hurricane here in Duckburg. Race cars, lasers, aeroplanes – it’s a duck blur. You might solve a mystery or rewrite history – Duck Tales, Oo-oo! Tales of derring-do, bad and good luck tales, oo-oo! D-d-d-danger, watch behind you