There were six people who loved to watch television, but they didn’t like what they saw. Armed with determination and a strong will to change the course of television, they wrote their own shows, but that wasn’t enough, they had to sell them.

They went straight to the networks, but the networks were not ready for them. But did that stop them? No. They built their own network and they liked what they saw.

Fly through and in outer space, not to join him but to beat him! When Ramjet takes a Proton pill, the crooks begin to worry. They cant escape their awful fate from Protons mighty fury! Come and join us all you kids for lots of fun and laughter, as Roger Ramjet and his men get all the crooks they’re after! Roger Ramjet he’s our man, hero of our nation. For his adventure just be sure and stay tuned to this station!

In an age when nature and magic rule the world, there is an extraordinary legend: the story of a warrior who communicates with animals, who fights sorcery and the unnatural. His name is Dar, last of his tribe. He is also called Beastmaster.

Get Into The Wild 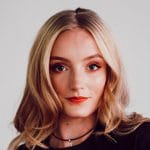 Get Into The Wild